Rep. Scott Peters Has a (not so) Radical Idea About Climate Legislation

Peters, the four-term Democrat from San Diego, thinks climate change legislation should — and could — be a bipartisan issue. 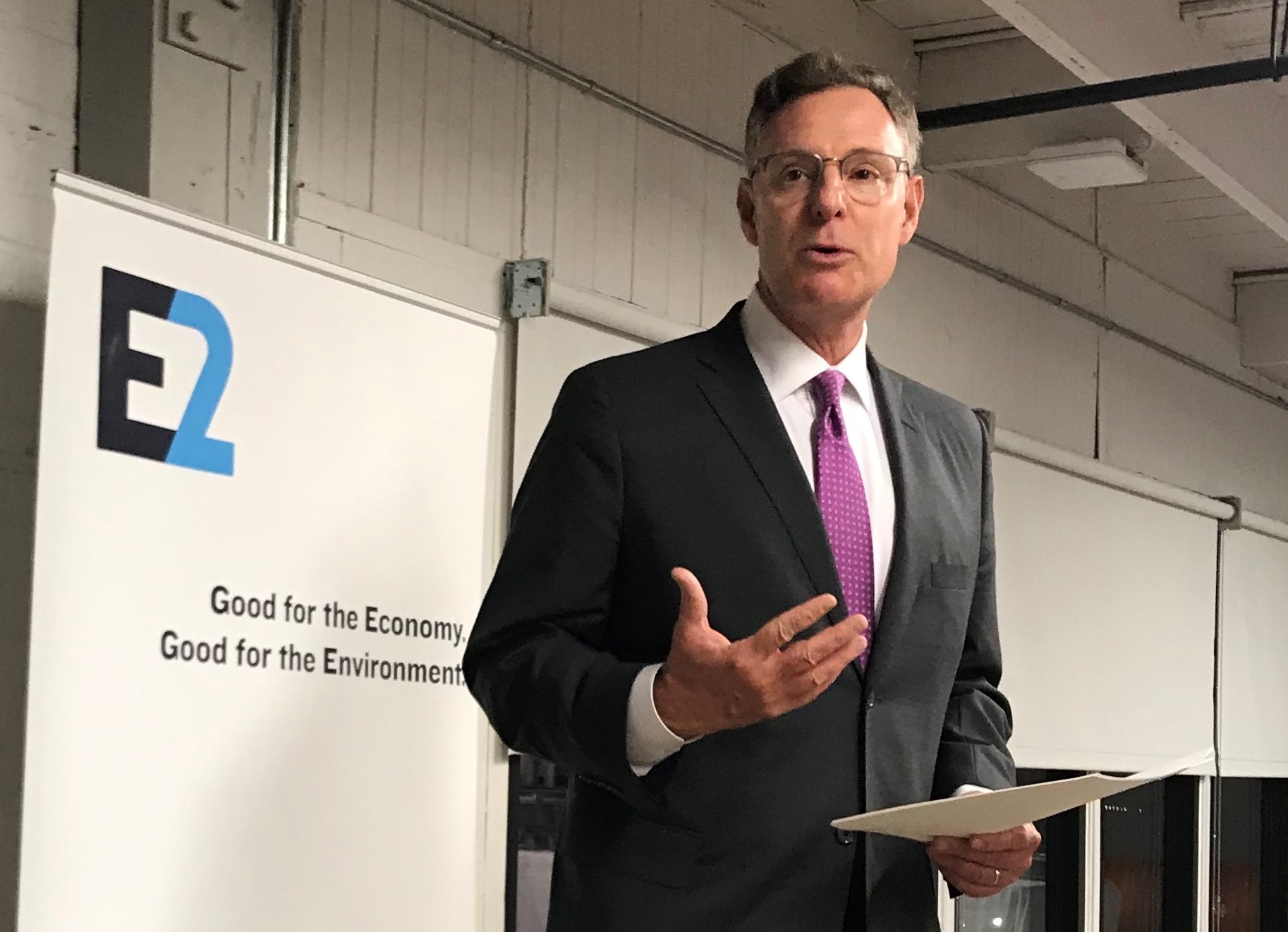 “Progress relies on bipartisanship” he told business leaders and others gathered at an E2 San Diego Chapter event recently.

According to Peters, there’s real interest by Republicans in passing substantive climate change policy. He says he has many colleagues on the GOP side of the aisle who want to work with Democrats. But for myriad reasons we all know — pressure from fossil fuel lobbyists; disinterest by GOP leadership; wariness of upcoming elections — Republicans stay silent and in the shadows of climate legislation, or worse, oppose action.

To prove his point about the potential of bipartisanship, Peters has assembled something he calls The Climate Playbook. In it, he lists dozens of climate related bills that are already written and co-sponsored by both Democrats and Republicans.

Sure, Peters’ Climate Playbook includes Democrat-led bills like the recent Climate Action Now Act that directs the president to meet our country’s promises in the Paris agreement, as well as the Green New Deal by Rep. Alexandria Ocasio-Cortez and Sen. Edward Markey.

But it also includes Republican sponsored bills like Utah Republican Sen. Orrin Hatch’s Tax Extender Act and former Texas Republican Rep. Ted Poe’s Master Limited Partnership Parity Act that would allow renewable energy companies to benefit from some of the tax benefits oil and gas companies have had for decades.

The Climate Playbook is Democrat Peters’ answer to the Green New Deal, which he does not endorse. According to Peters, the Green New Deal requires too many massive and controversial social changes — like a job with good benefits; high quality healthcare, housing and higher education for every American. Passing legislation on climate change is hard enough, Peters said; passing legislation that essentially remakes the entire economy while also addressing climate change is next to impossible.

“It’s like saying we need to make dinner, but before we do, we have to remodel the entire kitchen first,” Peters said. “We can make dinner now.”

Peters’ lack of support for the Green New Deal has put some heat in his own kitchen.

One week before Peters spoke at E2’s San Diego chapter event, the local branch of a national environmental group took over one of his district offices with whistles, bullhorns, flashing lights and alarm clocks, demanding that Peters co-sponsor and sign the Green New Deal.

Despite what protesters may claim, Peters is no luddite when it comes to climate action. Before entering politics, he was an economist for the U.S. Environmental Protection Agency. He also worked in private practice as an environmental law attorney. He served three years on the California Coastal Commission and currently serves on numerous Congressional climate and environmental committees — including as chair of the Climate Task Force of the bipartisan House Sustainable Energy and Environment Coalition.

Like many, Peters recognizes and supports the energy and enthusiasm that Rep. Ocasio-Cortez and other new members of Congress have brought to need for action on climate.

But “the challenge is not new, and we don’t start from zero,” he writes in the introduction to his Climate Playbook.

“The Climate Playbook lays out dozens of bills authored by both Democrats and Republicans, most of which have already earned bipartisan support,” according to Peters. “They are written, they are ready, and we can pass them right now in their committees of jurisdiction and on the House floor. Because many have bipartisan support, it is feasible that many of these ideas can become law.”

If Peters is right — and hopefully he is — Republicans in Congress need to step up and join Democrats in creating real solutions to advance action on climate and clean energy.

And they need to do it now.

Rep. Scott Peters Has A (not so) Radical Idea About Climate Action was originally published in e2org on Medium.