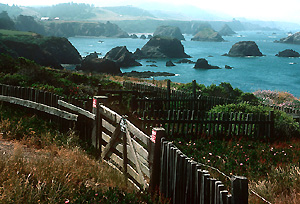 E2 was founded in Northern California in 2000. Since then, the chapter has grown to nearly 2,000 members and supporters and represents the de facto headquarters of E2. E2’s California chapters played a key role in passage of many of California’s marquee climate and clean energy policies, including several firsts for the nation: fuel efficiency standards in 2002, setting the foundation for national standards adopted by the Obama Administration (AB 1493),  a comprehensive program to reduce greenhouse gas emissions by 2030 (AB 32 and SB 32), and support developing, implementing, and defending the Low Carbon Fuel Standard, Cap and Trade, and the Renewables Portfolio Standard. E2’s California policy program will continue work to defend, strengthen, and extend the state’s climate and clean energy program while looking for opportunities to establish California as a global leader in water efficiency, plastic pollution reduction, and other issues at the nexus of the environment and the economy.

Interested in learning more? Want to help us advance our climate and clean energy goals in California?

Reach out to Western States Advocate Andy Wunder at awunder@e2.org to start receiving updates on E2’s work in your area – including attending upcoming regional events, participating in our advocacy campaigns, receiving our email newsletters, and more!

How We Win on Climate: An Evening with Hal Harvey

On Friday, October 11th, join Charge Across Town, event sponsors, and E2 for a VIP wine and cheese reception and panel discussion - The Road to Zero.  Despite sharp growth in the EV sector, vehicle emissions keep rising.  Unless the emissions trend is reversed,.... Read More

The Next Wave of CA’s Climate Leadership: A Discussion with San Francisco’s State Senator Scott Wiener

After two decades of progress on climate and clean energy, California lawmakers are continuing to develop and implement the policies we need to avert catastrophic climate change. But what policies are still needed, how will they influence our lives, and.... Read More

E2 California has been highly involved in the effort to extend our Cap-and-Trade program this year. For us, this is personal. It's not only the most effective, market-driven way to ensure emission reductions, but it's also the product of one of E2's earliest advocacy efforts. In times when the news.... Read More

With a newly minted legislature, the 2017 California legislative session is in full swing! While California representatives are highly concerned about protecting Californians against threats to immigration and healthcare, climate issues remain a top priority for the legislature.   The Democrat super-majority in Sacramento belies the challenges ahead on E2.... Read More