Q: What counts as a “clean job” according to this report?

These include jobs involved in construction, manufacturing, wholesale trade, transmission and distribution, and professional services. Jobs in retail trade, repair services, water or waste management, and indirect employment or induced employment are not included.

Q: Can I get the clean job numbers for my state?

A: You can request these numbers from E2’s Communications Director Michael Timberlake (mtimberlake@e2.org).

Q: Is there more specific data I can find on clean jobs in my state and region?

A: Yes. E2 plans to release in-depth reports detailing out the clean energy jobs down to the congressional and legislative district levels in states across the country. 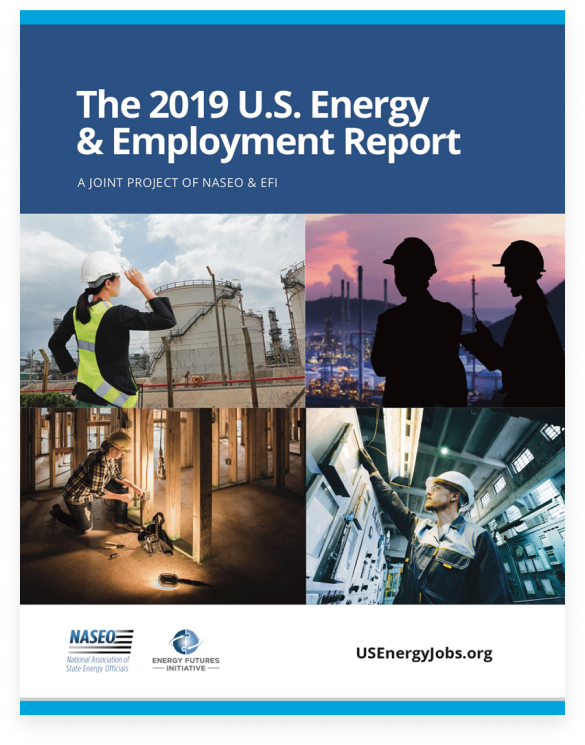 Q: How were the numbers of this report counted?

A:  The job numbers come from the national 2019 U.S. Energy and Employment Report (USEER), which focuses on all energy jobs. The USEER analyzes data from the U.S. Bureau of Labor Statistics (BLS) Quarterly Census of Employment and Wages (QCEW) to track employment across many energy production, transmission, and distribution subsectors. In addition, the 2019 USEER relies on a unique supplemental survey of 30,000 business representatives across the U.S. Created and conducted by BW Research and approved by the Office of Management and Budget and U.S. Department of Energy (DOE), this survey is used to identify energy-related employment within key subsectors of the broader industries as classified by the BLS and to assign them into their component energy and energy efficiency sectors.

Q: Why doesn’t the federal government produce this report?

A: It used to. In 2016 and 2017, the DOE produced the USEER as part of an effort to produce the most comprehensive and accurate study of energy workers across all sectors. The last DOE USEER was released in January 2017. After President Donald Trump assumed office, the DOE cancelled its plans to continue producing the report. In response, the National Association of State Energy Officials (NASEO) and the Energy Futures Initiative worked with numerous partners (including E2) to continue producing the USEER report using the same methodology, datasets and research firm that produced the reports for the DOE.

Q: How do clean energy jobs compare to other industries?

A: Jobs in clean energy compare very favorably to other industries. For example, at nearly 3.3 million total employees there are more clean energy workers in the U.S. then there are school teachers. There are also now more workers in energy efficiency than there are waiters and waitresses in America.

Q: How can I support the growth of clean energy jobs in America, my state, and community?

A: Take the Clean Jobs Count pledge — E2 ‘s national campaign to advance awareness and support of America’s fastest-growing energy sector. The campaign, Clean Jobs Count, aims to unite clean energy workers, business leaders, and investors across the U.S. in order to mobilize them at local events and online to help call on lawmakers to stand up for renewable energy and energy efficiency policies and amplify the economic benefits of clean energy in their communities.

Q: How has methodology changed from previous reports?

Q: Is there anything else I should know about the report’s methodology when understanding the new jobs numbers?

A: Starting in 2018, the methodology used in the USEER did undergo a significant change. In reports before 2018, if a worker spent time working in clean energy but spent most of his or her time in another energy sector – say, oil and gas – their job would still be counted as among the universe of clean energy jobs. Beginning in 2018, because of the USEER methodology and to maximize accuracy, a worker who spends most of his or her time in oil and gas would be counted as a fossil fuel industry job and not counted as a clean energy job at all. In addition, the 2018 USEER methodology significantly improves the scale and scope of its deep dive to capture more manufacturing jobs than previous reports.

Q: Can you give an example?

A: Consider an excavation business that employs 100 workers. Those workers might spend the majority of their time grading and preparing drilling pads for oil or gas rigs, but they also might spend a portion of their time preparing sites for wind turbines or large solar installations. In past E2 state reports, those 100 employees would be included as clean energy workers. Under the new methodology, those 100 jobs would be counted as oil or gas jobs instead.

Q: Why wouldn’t you count those jobs as both oil and gas jobs and clean energy jobs, since clearly those workers are doing both?

A: Because that would be essentially double-counting jobs, and that’s not a valid way to analyze employment. One worker = one job, even if that job supports more than energy sector. E2 would rather be accurate than to double-count jobs, even if workers who support the fossil fuel companies don’t get included for the work they do in the clean energy sector.

Q: Where can I find out more about the methodology?

A: Visit https://www.usenergyjobs.org/ and download the full report for a more detailed explanation.